Right then, James has been getting emails daily about this recently so I figured I’d do a post about it.

Also, there’s gonna be some major debunking going off in this post too.

Trust me, there’s a lot of scammers out there who just want to make a quick buck off you.

But don’t worry – I’m gonna be pointing out all their BS so you know what to look out for.

Also, if you don’t believe me, stick around to the end…

I’ll be backing everything up with rock-solid proof at the end of this post.

So with that said, lets get straight to it…

Basically, people are emailing James about his course, the Evergreen Wealth Formula 2.0

They’re interested in the course – and as a result – they’re looking up Evergreen Wealth Formula reviews for it.

Nothing wrong with that, of course…

However, they’re coming across these reviews where they’re recommending another product.

This “recommended” product is ALWAYS the same on all these sites too.

In fact, you may of heard of it, it’s called Wealthy Affiliate program.

And this just isn’t happening to Evergreen Wealth Formula 2.0 either…

Oh no, they’re also recommending it over all the products they review on their sites, as well.

Now let me tell you something…

After going through every single one of these reviews, It’s become obvious to me…

That is, the vast majority of these reviewers have NEVER had access to the Evergreen Wealth formula 2.0, at all.

And I’m certain they haven’t had access to the other products on their sites too.

How do I know? Well, read on and I’ll explain…

But the first thing I wanna cover is the product they recommend: Wealthy Affiliate.

From what I’ve heard, WA shows you how to build review sites and rank ’em in Google.

Not only that, but to make Wealthy Affiliate their no:1 recommended product too.

So yeah, as you can see…

These reviewers are basically following the Wealthy Affiliate formula to a Tee.

And as a result, you’re not looking at reviews, but promotions for the Wealthy Affiliate.

I mean, it’s kinda obvious when you look at their sites anyway – same layout etc.

Other tell-tale signs are:

If you see any of the above, then congrats, you’ve landed on a Wealthy Affiliate site.

Plus, the information in these reviews are so wildly incorrect, it’s astonishing they’re even taken as fact

Now that’s all fine and dandy, but how do I know their reviews are fake?

WebMarketSupport[DOT]com reckons I’ve bought all the video testimonials from Fiverr but I can verify every single one of them as actual Evergreen Wealth Formula customers as I have them all in my Paypal account. He also says the EWF is just a landing page and how to drive traffic. Once again – shows these guys have no clue what they’re on about.

First up, they’ve ALL applied to become an affiliate for the Evergreen Wealth Formula 2.0.

However, I’ve refused every single one of them.

Why? Because the affiliate program is only open to fully paid up members.

Don’t get me wrong…

I ask them to send me the email that’s associated with their EWF account.

But guess what… They NEVER get back to me about it.

This is for the simple reason they don’t have access so they can’t be approved.

Instead, something else funny happens…

And guess what? Yup, that’s right…

The guy I denied as an affiliate has gone and wrote a review for the EWF 2.0 course.

And surprise, surprise, he’s recommending Wealthy Affiliate over my course.

(Even though he’s NEVER had access to the Evergreen Wealth Formula, in the first place) 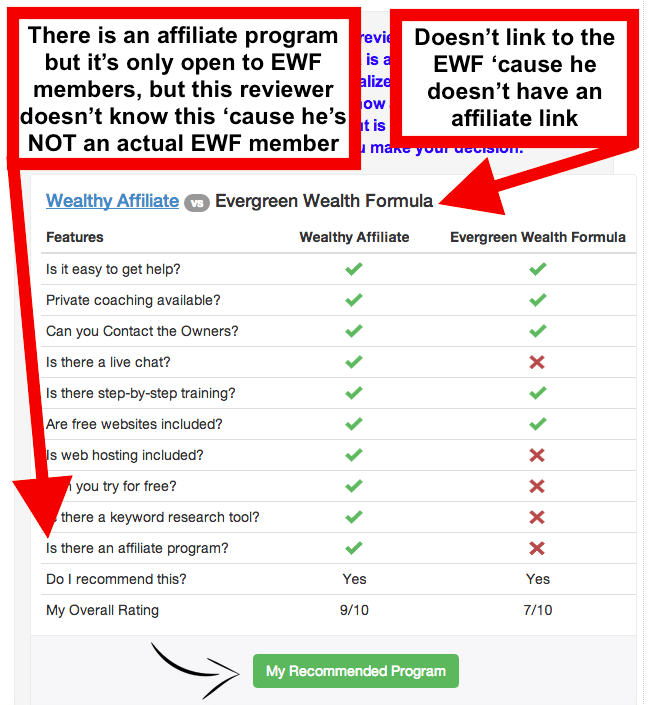 Seriously, you would be shocked the amount of times

In fact, here’s the process what happens:

And trust me, I KNOW it’s them…

The info they give me to become an affiliate matches their site info.

So yeah, it’s definitely them  – without a shadow of doubt.

Okay, so you’re probably thinking how come their Evergreen Wealth Formula 2.0 reviews are so detailed, right?

I mean, the amount of detail these guys go in their reviews are absolutely phenomenal.

They cover all the chapters and modules… Everything, basically.

Yet, they’ve never had access to the Evergreen Wealth Formula 2.0 course in their life?

Well, let me tell you…

What they’re doing is getting all the info from the Evergreen Wealth Formula 2.0 sales video.

You see, there’s a section in the video where I give a overview of the entire course.

However, there’s one teeny weeny problem… 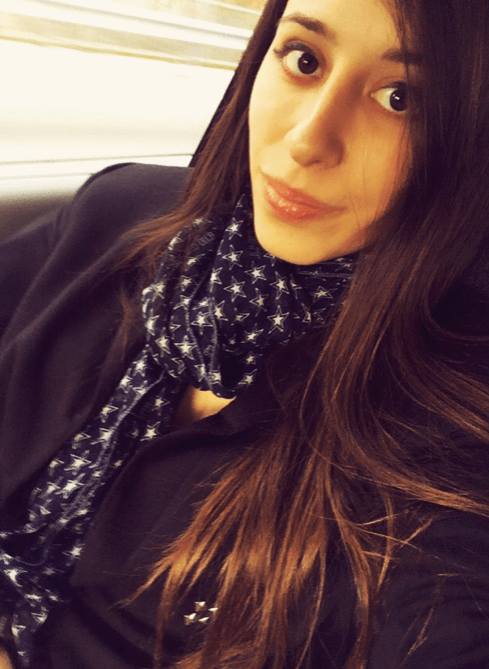 Meet Miren from himoneybyescams[DOT]com. She likes to write reviews about products she’s never used. Well, that’s the case with the Evergreen Wealth Formula. I’ve looked Miren up but she’s never purchased, plus there’s tons of incorrect information in her review too.I haven’t updated that part of the sales video since 2013.

However, James has updated the course considerably since then.

So when reading these reviews, it’s so obvious to me they’re getting their info from there.

All the info they give corresponds with what I say and show in that video.

(Which is drastically out of date, remember)

I’ll give ’em one thing though…

They’ve really data-mined the crap out of that video though.

They must of  downloaded the video and zoomed in the get the module names etc.

This goes to show – once again – they haven’t got access to the Evergreen Wealth Formula 2.0 whatsoever

They’re just trying to trick you into thinking they know what they’re on about.

Then do the ol’ Switcharoo & send you to the Wealthy Affiliate program instead.

…Things you do for those monthly recurring commissions, eh.

Ah, but the fakery doesn’t end there either my friend, it gets worse – a lot worse…

You see, the comment section isn’t up to snuff either.

Let me give you an example…

This is a Evergreen Wealth Formula 2.0 review from affiliate-sale[DOT]com: 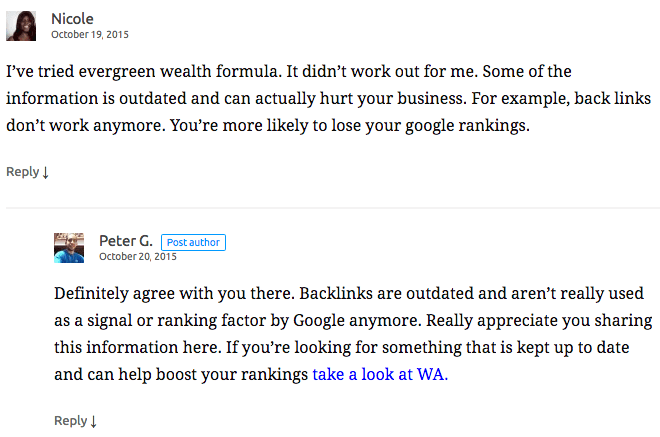 As you can see, Nicole isn’t a happy-chappy with the Evergreen Wealth Formula 2.0…

Fair doos, but this is where it gets interesting…

She says the backlinking methods taught in the course are out of date.

That, and it could do more damage than good to your site.

But here’s the thing…

Now if ol’ Nicole had access to the Evergreen Wealth Formula 2.0, she would KNOW this.

And while we’re at it… Peter G (site owner & reviewer) doesn’t correct her either.

I mean, he should know – he went through the EWF 2.0 with a fine-tooth comb, after all.

But oh no, he’s too busy pushin’ his “Wealthy Affiliate” affiliate link to care.

And it’s not just this site either… 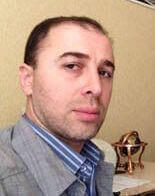 Rufat from yourincomeadvisor[DOT]com actually bought the Evergreen Wealth Formula 2.0, but here’s the thing – he reviewed it in 2015, but he didn’t actually buy the course until 2018! The reason why he bought it years after reviewing it is because he wasn’t happy to have his picture here, I guess. Anyway, when you read his review, you’re reading tweaked EWF1 review which isn’t really still accurate, but still…So yeah, the comments appear to be fake accounts with a bias towards Wealthy Affiliate.

I mean, don’t get me wrong, it’s powerful stuff from a marketing point of view…

It adds A LOT more creditability to your reviews because everyone says it.

But at the same time, it’s scummy, unethical and your lying to your visitors, as well.

Heck, I’ve even tried to leave a comment myself, pointing out these mistakes & errors.

And this isn’t in a nasty, vindictive way…

Oh no, in fact, my comments are written in a very friendly, approachable tone.

I simply say some of the information in the comments/review is incorrect, that’s all.

But strangely enough, my comments NEVER seem to get approved on these reviews.

I guess it goes against their narrative, if you know what I mean.

Anyway, I think you get the idea…

In fact, their sites are not there to help or educate you…

They’re just designed with the sole purpose to make the site owner money.

…And that’s obviously by getting you to sign up the Wealthy Affiliate program.

Now don’t get me wrong…

There’s nothing wrong designing a site to make you money –  we all do it.

However, you MUST deliver genuine value to your visitors in the process.

I mean, checkout this very blog you’re on right now…

Yes, it makes me money, but I deliver tons & tons of value in the process.

In fact, there’s more “how to” guides on this blog than anything else.

And this is something I simply don’t see on these Wealthy Affiliate sites, at all.

Just fake reviews and the token affiliate link to Wealthy Affiliate, of course.

Another WA member who wrote a Evergreen wealth Formula 2.0 review admitting he doesn’t have access to the products he reviews. Like I said, this is common practice Within the Wealthy Affiliate community. If you don’t believe me, here’s the exact page I got the quote from: yourincomeadvisor[DOT]com/is-wealthy-affiliate-a-scam-is-it-really-1-product-out-there-or-just-a-waste-of-time/One final note…

If you’re sat there thinking I’m making this up, then here’s the rock-solid proof I promised earlier…

It’s a Wealthy Affiliate review thread and I recommend you read it.

You’ll see other marketers are saying the EXACT SAME thing as me.

And these guys are experienced marketers too – so they’re aware of these tactics.

Plus, you’re not allowed affiliate links so there’s no financial incentive.

Just people sharing their genuine feelings on how they feel about the Wealthy Affiliate.

First up, here’s what “Gluckspilz” said about Wealthy Affiliate: 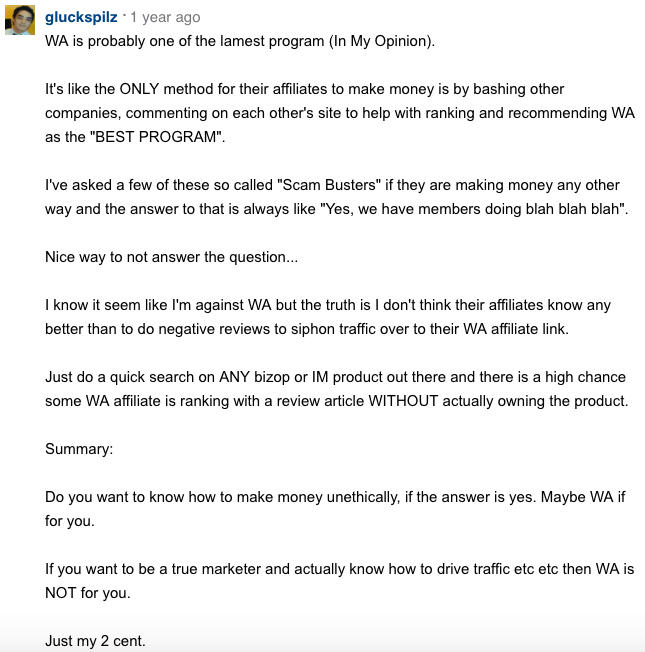 If so, here’s a post from Chyan007 from the exact same thread:

And trust me, there’s a lot more comments saying the same thing about Wealthy Affiliate too.

So yeah, check it out – it’s real eye opener, for sure.

If you want to read the entire Wealthy Affiliate review thread, you can do so here.

If so, then checkout what people are saying in this different thread: 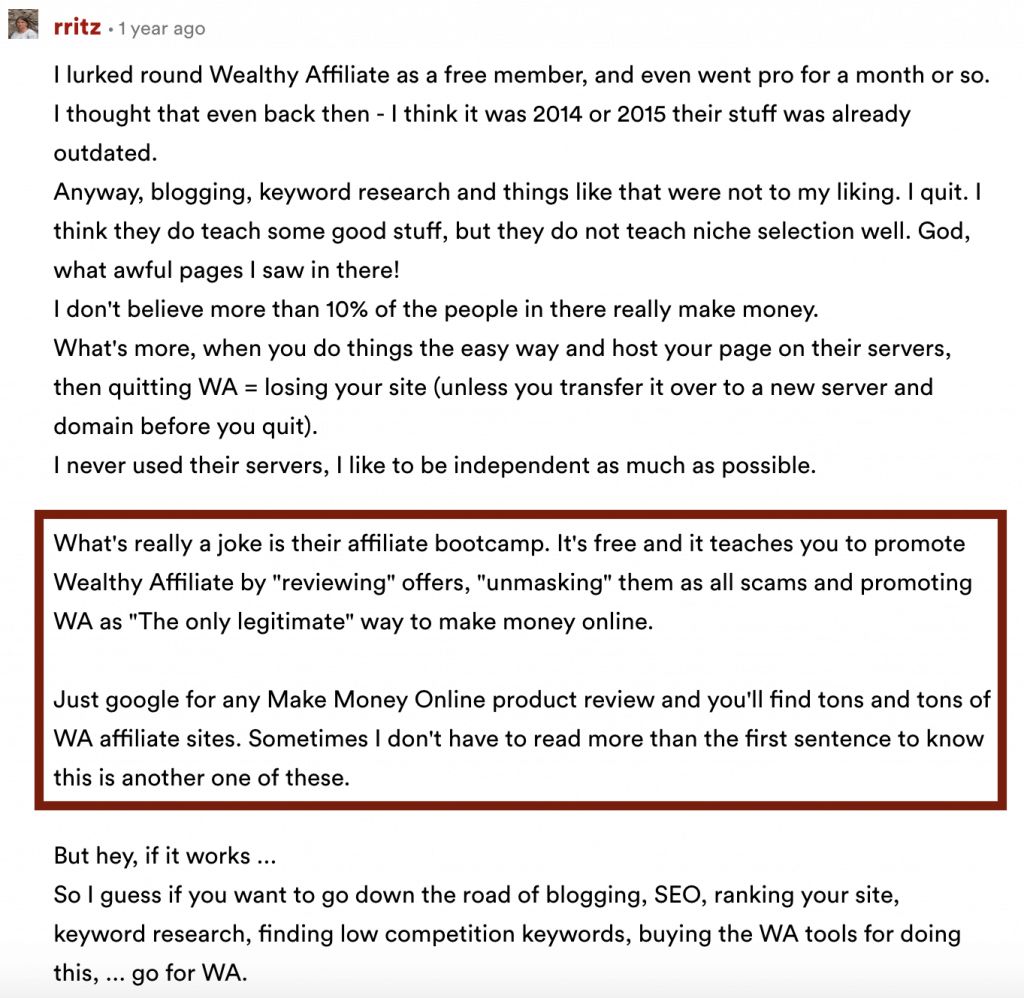 Read the red box as it’s what I’ve been talking about in this “Evergreen Wealth Formula 2.0 review” post.

Exactly what I said – unethical training that damage other people’s reputation for the sake of a commission. This is why you should be careful when looking for Evergreen Wealth Formula reviews as most are fake.

This is the exact problem I’m facing with all the fake Evergreen Wealth Formula 2.0 reviews at the moment.

You can read the full review thread here if you’re interested.

And if that’s not enough proof for you…

You can checkout this podcast where Mike from SiteSell is saying the exact same thing:Fake Reviews With Mike Allton and Jeff Sieh
Watch this video on YouTubeThey even did a in depth case-study on Wealthy Affiliate which you can read here.

(It’s a long read so arm yourself with your fave beverage before starting!)

Anyway, thanks for reading…

As per usual – if you’ve got any questions – feel free to leave a comment down below.

Love to hear your thoughts or experiences on this.

Has this happened to you when you searched for “Evergreen Wealth Formula 2.0 review”?

…Or any other internet marketing or biz op product for that matter?

If so, let me know down below 🙂

Till then, stay awesome my friend,

How To Make Money